Space Invaders was more than a hit arcade game in the late 70s, it became a bona fide phenomena (allegedly linked to coin shortages in Japan) and launched a new genre, the shooter. Atari wisely licensed the game, and released the first killer app for its VCS home console, greatly increasing sales and helping secure the system’s early market dominance.

The shooter game type evolved over time, borrowing not from the developer of Space Invaders (Taito), but from rival Namco’s Galaga and Xevious. Adding elaborate enemy flight patterns, ship power-ups, and scrolling backdrops with both land and air targets to Invader’s “one against many, shoot or be shot” gameplay seemed to solidify the genre, later given the Shoot ‘Em Up moniker. The popularity of Shoot ‘Em Ups, or SHMUPS, has since come and gone and the games have continued to change over time, but the basic template has remained the same.

However, before the genre was set in stone, many other elaborate shooter designs were released and proved popular with the gaming public, such as Missile Command and Defender in the arcades, and — to a lesser extent — the shooter games of Steve Cartwright on the Atari VCS. Cartwright was one of the first employees at Activision, founded by disgruntled Atari employees and the first 3rd party videogame publisher. His first title, Barnstorming, was a biplane racing game, but he followed up with three very different variations on the Space Invaders formula. 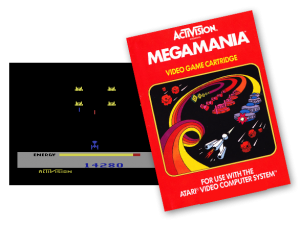 His next game, Megamania, was inspired by the arcade game Astro Blaster, and featured enemies that would zig and zag. The ships themselves were often deadlier than bullets, due to their penchant for ramming into you. To further set it apart from what was becoming the standard spaceship trope, the game is set in a fevered dream and the enemy “ships” are a motley crew of common objects, such as hamburgers, bugs, steam irons, and bow ties. Alternating between horizontal and vertical attack waves, the game is as generous with extra lives as it is relentless with taking them, particularly during the vertical “cookie” and “radial tire” waves where you quickly need to clear a path to survive. 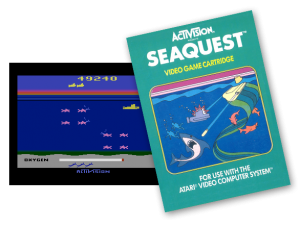 Cartwright followed up with Seaquest, perhaps his best work. Borrowing from Frogger (of all things), you control a submarine on an underwater rescue mission while dodging or shooting the “traffic” of sharks and other submarines. It is often a better idea to get out of the way than to shoot them down. After you collect six divers, head to the surface to start a slightly harder and faster next wave. If you are running out of air before collecting a full six, you can surface and refill your tanks, at the cost of one diver. The difficulty ramps up nicely, and the enemy patterns have just enough variation to avoid repetition. It’s one of the better twitch action games of the time, where the player — with some practice — can really get in the zone and rack up a high score. 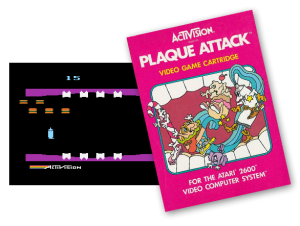 No game designer can bat a thousand, and Cartwright’s Plaque Attack is a missed opportunity. Best described as a doubles Missile Command, you play as a tube of toothpaste defending teeth from waves of food items. If food touches one of your “teeth” bases, it disintegrates (just like in real life!) You can gain new teeth if you play well enough, but unlike the Cartwright’s previous two shooters, the player can never quite get into the Zen state of being in the zone. Eventually the action gets too frantic and your teeth will all be destroyed. Perhaps oral hygiene (like global thermo nuclear war) is simply too important a topic. Brush your teeth kids!

After Plaque Attack, Cartwright would never full work in the Shoot’ Em Up realm again, but he did end his Atari programming on a high note with Frostbite–a Frogger /Q*bert mash up — before moving onto personal computers. If you are SHMUP or Space Invaders fan, there are various modern interpretations readily available on current consoles and portable devices, but if you want to dig deeper, I highly recommend tracking down Megamania or Seaquest, either on real Atari hardware, on various Activision compilations, or even Xbox Box Live’s Game Room. Who knows? If the industry had zigged instead of zagged, maybe the modern Shoot ‘Em Up would have different influences.

Review of the Moment 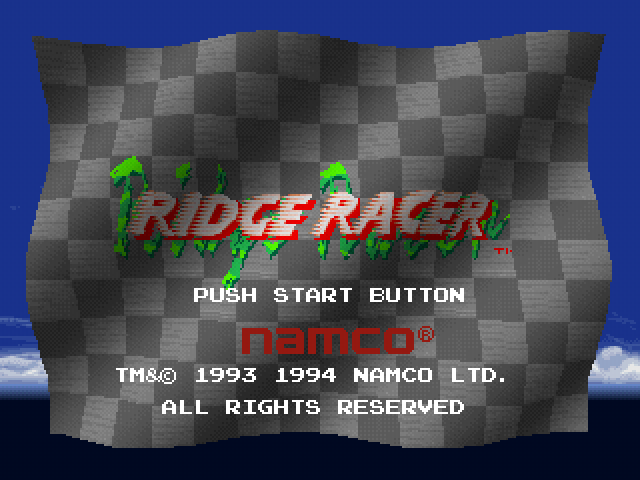